Benzyl alcohol is a colorless liquid that has a mild, pleasant aromatic scent. It’s also called an “aromatic alcohol,” and is used as a preservative, as a fragrance ingredient, as the active ingredient in head lice treatment, and as a solvent, which simply means that it’s used to dissolve other ingredients to make a smooth formula or solution.

Benzyl alcohol also works as an anesthetic, so it is sometimes added to formulas that relieve itching, especially eye products. Most of the time, you’ll find this ingredient in bath products, soaps and detergents, eye makeup, blushes, cleansing products, shaving products, makeup, and blush, as well as in hair, nail, and other skin care products.

The FDA has approved benzyl alcohol for use as a synthetic flavoring agent for direct addition to food, as well as an anesthetic in oral healthcare and topical analgesic drug products. The Cosmetic Ingredient Review (CIR) has concluded that its safe for use in cosmetic products, at concentrations of up to 5 percent, and up to 10 percent in hair dyes. The CIR didn’t take into consideration, however, the duration of use or the frequency of use when concluding that these levels were safe.

In the European Union, benzyl alcohol is allowed as a preservative in cosmetics and personal care products at a maximum concentration of one percent. If it’s used as a fragrance ingredient, the manufacturer is required to list it on the label when it’s used at concentrations greater than 0.001 percent in leave-on products, and greater than 0.01 percent in rinse-off products.

The Environmental Working Group (EWG) classifies the ingredient as a “6,” or “moderate hazard,” so this isn’t one of the horrible ones, but for those with sensitive or reactive skin, it’s definitely one to avoid.

Notes : Good blender.
jasmin accord - cyclamen aldehyde and benzyl alcohol.
a colorless liquid with a sharp burning taste and slight odor. it is used as a local anesthetic and to reduce pain associated with lidocaine injection. also, it is used in the manufacture of other benzyl compounds, as a pharmaceutic aid, and in perfumery and flavoring.

For any further info please feel free to contact me

In the case of epoxy coatings, the VOC requirement for floor coatings calls for less than or equal to 100 g/L in order to obtain the credits for LEED ( Leadership in Energy & Environmental Design, another factor of increasing importance concerning VOC regulations is the Green Building   ) classification. The challenge comes from the fact that most, if not all, of the so-called solvent-free epoxy coatings quite often have a nonreactive plasticizer in their composition. These plasticizers give the final coating the flexibility necessary to meet industry requirements. The most common nonreactive plasticizer used is BENZYL ALCOHOL (BzOH). This normally results in a standard VOC content in excess of 250 g/L, if the BzOH is classed as a volatile compound. Additionally, as BzOH is classed as a fugitive plasticizer (one that volatizes during the drying process) the coating can lose its flexibility over the service life as the BzOH leaches out of the coating.

Benzyl alcohol is added to coating formulations in order to ensure good processing viscosity at low temperatures (about 15° C.). benzyl alcohol as a solvent are its low volatility and low toxicity. The product is used as a coalescing agent or as a co-solvent. It has a good performance in dissolving hydrophobic amines in water- based systems and also acts as a viscosity-reducing agent in some coating systems.

Benzyl alcohol is a versatile co-solvent used in a wide range of curing agent formulations for epoxy resins used in coatings, flooring systems, adhesives, etc. The product can also be used as a co-catalyst and plasticizer and to keep the temperature low during the curing process.

In paint strippers benzyl alcohol is used as an environmentally friendly substitute for methylene chloride. Major applications are in industrial paint stripping (in particular in formulations used for aircraft) and in architectural, professional and do-it-yourself paint stripping.

In the pharmaceutical industry benzyl alcohol is used as a preservative, in emulsions and ointments and in insect-bite lotions.

Benzyl alcohol  is used as a raw material in the manufacture of its various esters, which are used in the soap, perfume and flavor industries and as an intermediate in the synthesis of polypeptides. Examples of these esters are benzyl acetate and benzyl benzoate. Benzyl acetate is used in flavors for its pear-like taste, as a jasmine perfume ingredient and as a fixative for artificial musks. Benzyl benzoate finds application in pharmaceuticals, as a fixative in perfumes, as a flavoring in confectioneries and chewing gums, and as a softener in lacquers. 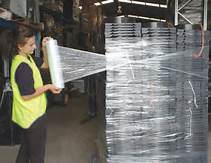 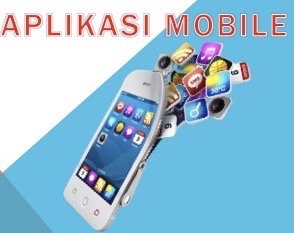